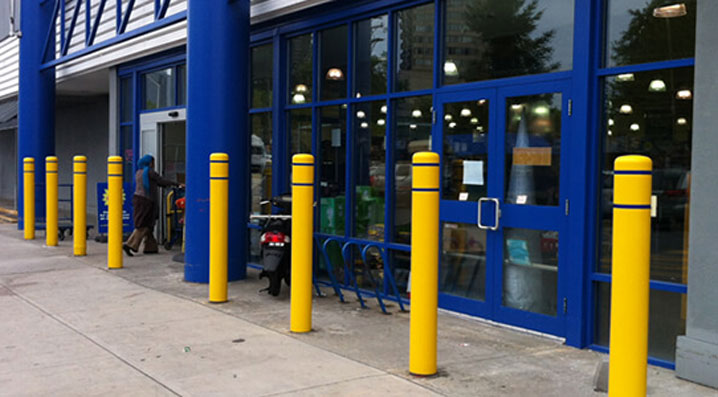 If you represent a client injured when a vehicle crashed into a building or drove errantly onto a sidewalk, the most apparent case to evaluate is against the responsible driver.

But with Florida drivers habitually underinsured and statewide storefronts routinely kept unsafe, the most effective way of achieving justice for your client may be through a premises liability case against the commercial property owner or operator.

As trial lawyers, we can add tremendous value to our clients’ storefront crash cases by holding these corporations responsible for the harms they cause.

When handling a storefront crash case, focus on proving (1) that the commercial property owner or operator owed your client a duty of care; (2) your client’s accident was foreseeable; and (3) had the defendant installed reasonable protective barriers on the property, the accident would have been prevented.

Approximately 60 times per day in the United States vehicles crash into stores, office buildings, bus stops, shopping centers, post offices, restaurants, and onto storefront sidewalks. According to the Storefront Safety Council, each year more than 4,000 people are injured and as many as 500 people are killed as a result of these incidents. While the public may not realize how often these crashes occur, building owners, property managers and business operators have recognized this as a major public safety issue.

In 2015 and 2016, alone, insurers and businesses paid more than $100 million dollars to storefront crash victims across the country.

Given the consequences, one may think commercial property owners and operators would recognize the risk posed by storefront crashes and install protective devices. Most do not.

Instead, they needlessly endanger their customers and employees even though these incidents are well-known, well-publicized, and predominantly foreseeable.

Proving Foreseeability With Evidence of Prior Storefront Crashes

Businesses have a common law duty to protect their customers from foreseeable storefront crashes. Well established Florida law holds that when “a defendant’s conduct creates a foreseeable zone of risk, the law generally will recognize a duty placed upon defendant either to lessen the risk or see that sufficient precautions are taken to protect others from the harm that the risk poses.”

As in any premises liability case, offer evidence of prior similar incidents to establish the owner or operator’s actual or constructive notice to prove foreseeability. This imposes a duty on the defendant to take reasonable steps to protect customers and invitees from future harm.

Ideally, you can identify prior similar incidents that have occurred on the premises to establish the business’ actual knowledge of the harms posed by storefront crashes. Once aware of the safety issues, businesses have a duty to address or correct the problems. If they fail to do so they can be held liable or partly at-fault for future incidents occurring on their premises.

For cases involving defendants operating stores with multiple locations, discover whether storefront crashes occurred previously at any of their other properties.

Florida law holds that evidence of prior storefront crashes involving the same chain of stores at different locations elicits a duty of care at other locations, even those with no history of prior accidents.

In Grissett v. Circle K Corp. of Texas, 593 So. 2d 291 (Fla. 2d DCA 1992), a Circle K convenience store customer was using a storefront payphone when a car accidentally drove from the parking lot onto the sidewalk where the customer was standing and pinned him against the exterior wall of Circle K. The customer sued Circle K alleging that Circle K negligently maintained a dangerous storefront because it was devoid of any protective barriers rendering the payphone area unsafe.

Circle K claimed the presence of a curb coupled with the absence of other similar accidents at the subject location satisfied any duty owed to pedestrian invitees. The Second DCA overturned the trial court’s entry of summary judgment against the customer, holding that evidence of similar storefront crashes at other Circle K locations sufficiently raised a jury question regarding foreseeability.

Do not rely solely on the formal discovery process to identify relevant prior incidents. Many major national retailers operate locations that lack proper safety mechanisms and have often been struck multiple times.

Start with a simple Google search for news reports. Request police reports and fire department records to uncover other similar incidents not publicized, including ones that merely caused property damage. Search Clerk of Court records for other lawsuits filed against the potential defendant. Utilize the data compiled by the Storefront Safety Council.

Then, request information through formal discovery once in suit concerning all similar crashes involving your defendant, and retain an expert who maintains a database of location and business specific incidents. These tactics can help establish the defendant’s actual or constructive knowledge necessary to satisfy the element of foreseeability.

Customers are placed directly in the zone of risk because drivers all too frequently mistake the gas pedal for the brake when parking. In fact, 28 percent of storefront crashes are caused by pedal error. Yet, many parking lots continue to be developed with head-in parking spots lacking any kind of safety or landscape barrier.

Florida law recognizes that head-in parking spaces facing storefronts expose customers to foreseeable harm unless adequate protective devices are installed, even in the absence of prior similar incidents on the premises. In Springtree Properties, Inc. v. Hammond, 692 So.2d 164 (Fla. 1997), a customer exiting a restaurant was struck by a car when the driver inadvertently stepped on the accelerator while attempting to park in a head-in parking space located directly in front of the restaurant.

The customer in Springtree argued the restaurant was not maintained in a reasonably safe condition, in part, because the restaurant owner and operator failed to:

The customer offered expert testimony from a professional engineer that:

Florida’s Supreme Court overturned the trial court’s entry of summary judgment in favor of the restaurant, holding this evidence was sufficient for a reasonable person to determine the restaurant breached its duty to maintain a reasonably safe storefront, and that the breach proximately caused the customer’s injury.

The Springtree opinion highlights the fact-specific nature of these cases. It distinguishes those storefront crashes that do not give rise to liability against the business owner or operator. The Springtree and Grissett crashes involved cars driving on the defendant’s premises at relatively low speeds, which struck customers in areas outside of the storefront frequently experiencing pedestrian traffic.

Florida law holds premises owners and operators liable under these circumstances if they fail to implement reasonable safety measures.

Pervasive inadequate storefront protection led to the development and adoption of American Society for Testing and Materials (ASTM) standards to promote customer safety. ASTM F3016 certifies the effectiveness of any tested barrier in the event of an impact from a 5,000-pound vehicle (the size of a large SUV or pickup truck) at 10, 20, and 30 mile-per-hour speeds. A business’ failure to install protective devices conforming with ASTM F3016 can constitute a breach of the standard of care.

The yellow vertical posts you will occasionally see affixed into the ground outside of banks, convenience stores, and other storefront locations are called “bollards.” Designed and sold in assorted colors, shapes and sizes, they are most commonly used to prevent storefront crashes. Determine whether any bollards installed on the subject property conform with ASTM F3016.

Offer expert testimony applying ASTM F3016 to establish industry standards regarding the use of protective devices to prove that your client’s crash was preventable if the business implemented reasonable safety measures. In doing so, consider retaining an accident reconstructionist to download the vehicle’s black box data to determine its speed at the time it struck your client. Then illustrate how ASTM tested barriers would have prevented the crash.

In Florida, Miami-Dade County and Orange County responded to this rampant threat of harm by enacting regulations promoting the use of protective devices in parking lots, at retail locations, in pedestrian areas, and places where the public congregates. The relevant Miami-Dade County and Orange County ordinances impose specific duties of care on certain landowners and operators.

Enacted in 2012, Miami-Dade County Ordinance No. 12-47 amended its zoning code to mandate the placement of protective devices to separate head-in parking spaces from storefronts and pedestrian areas. The ordinance requires anti-ram fixtures, or concrete security planters at least 40 inches deep. These devices promote safety by physically separating the vehicle and pedestrian areas to protect store customers from harm posed by head-in parking spaces.

If your case falls under these relatively narrow circumstances, investigate it thoroughly for noncompliance. This can serve as evidence of negligence in your case and open the door for the use of Florida Standard Jury Instruction 401.9 at trial.

The premises owner or operator in your case will likely assert several defenses you should anticipate, including:

Achieve Justice for Your Client

Develop the facts of your client’s case to establish that the crash was foreseeable, preventable and that your client’s injury was caused by the defendant’s failure to implement reasonable safety measures on its premises.

Not all storefront crashes are actionable, but you can help achieve the justice your clients deserve by identifying and successfully litigating ones that are. 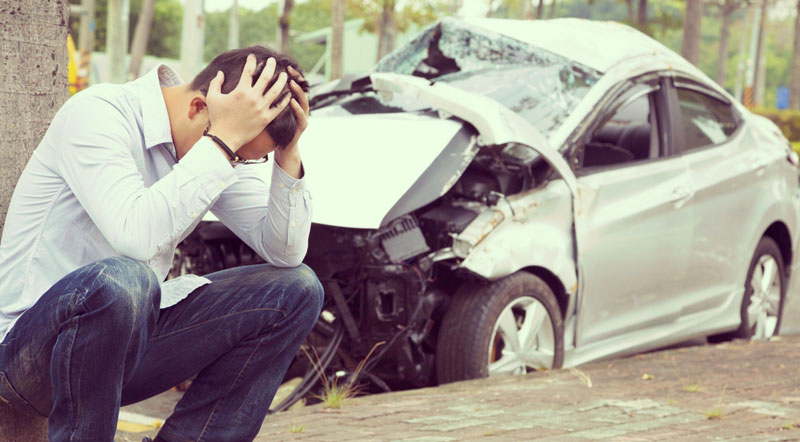